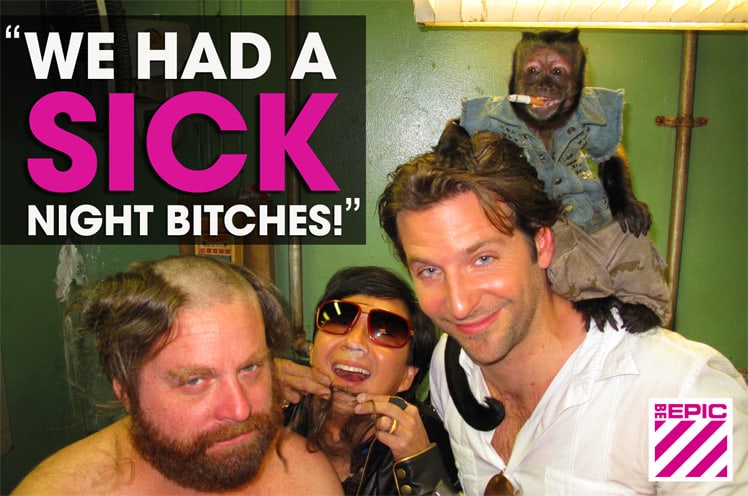 It’s been awhile since we’ve filled in our avid readers with our recent bachelor party in Medellin stories and given that this past weekend marked the end of the Feria de Flores (Medellin’s annual flower festival) now is as good a time as any.

This weekend we played hosts to a group of 11 cats from Hialeah and on the ride down from the airport everything seemed normal. From the questions asked to the comments made and even giving the bachelor a hard time, the weekend was well on its way to being a normal bachelor party.

Until we got home.

They were staying at one of our boy’s 7-bedroom mansion in Patio Bonito and they loved the place. With a pool table in the living room, large, spacious bedrooms and a chill out area with an 8 person Jacuzzi, this VIP penthouse was the perfect bachelor party pad for a weekend of debauchery.

As soon as we got home they asked to have a little show put on for the bachelor and by show they meant they wanted him tied up, whipped and even a little hurt.

Here is where things started to get weird and remember, this is just day 1 of our bachelor party in Medellin.

A few strippers visited the mansion and after putting on the show, they decided to tie up the unsuspecting bachelor, blindfold him and I won’t go into details as to what went down after but I will say this, these guys really wanted their friend hilariously humiliated.

After what I can only describe as one of oddest first few hours we’ve ever lived catering to bachelor parties here in Medellin the night began at dinner.

Dinner was rather unconventional this time around as instead of hitting up our usual fine dining favorites, we were asked to give them a street food tour. Stuffed arepas, gargantuan sized hot dogs and a few dozen empanadas seemed unorthodox but it did the trick.

Once dinner was finished I had an itinerary for these guys that started with hitting up a club in parque lleras with an open bar. Said club let the first 200 girls get in free and had an open bar until 2am. The service isn’t that good but we’re here for the local women.

It wasn’t even 1am and they gave up on trying to pick up locals at which time a suggestion was brought to the table, it’s time to hit up the strip club.

We went to Fase Dos which (or Rainforest Cafe for adults, as we like to call it) and I kid you not, you could see the change in expression in these guys faces when they felt the sweet smell of stripper.

For the first time in hours I saw the bachelor smile.

The house these guys booked included a housekeeper cooking them breakfast every morning and even though they didn’t get much sleep (not sure I’m allowed to say why) a big breakfast is never a bad idea.

The guys went to Parque Lleras and not only was it a nice day out, but with the flower fair going on, many people spent Friday afternoon walking through the park.

We went up to Envy rooftop bar and even though we pretty much opened the place, after a few pitchers of Mojitos the afternoon began to pick up and more people started heading up.

Sipping mojitos poolside and enjoying perfect 80 degree Medellin weather is not a bad way to spend an afternoon in the city of eternal spring.

You guys are probably thinking, if everyone speaks wonders of the annual flower fair in Medellin, why did we spend an afternoon at a bar? Well, the fair has its perks but if you’re not into parades and walking a lot during the day, save your energy for nighttime.

Once the sun set, we headed back to the house where the guys got ready for dinner.

Carmen was on the menu and as usual, this place doesn’t disappoint. 10 guys, 5 girls, lots of food and multiple bottles of premium Medellin rum could be found on the table and once the bill came around, the sum was a laughable $500 tab. A meal like that with drinks would’ve easily cost $100 a person in Miami.

While dinner was taking place, we headed over to a club in one of the trendiest malls in Medellin. This club might not have been open bar and it wasn’t ladies night, but it was definitely more in tune to what these guys are used to from American nightclubs.

The guys had a few friends with them and luckily, there was a bachelorette party taking place at the table next to ours so it was like life handed us the opportunity of a magical night.

While half of the guys were dancing the night away with the soon to be bachelorette and her homegirls, the other half decided their time at the club was coming to an end. It was time to head to the promised land.

And that promised land is, ladies and gentleman, The Girls Club.

The van picked us up and in no time we found ourselves at strip club #2 where the night was to be spent enjoying overpriced watered down drinks and beautiful women prancing around while you finagle a lap-dance. I love Medellin.

Once there, they were befuddled as to why we didn’t bring them there before but to be honest, you have to build up to something like this.

After a few bottles of Zacapa and surrounding the bachelor with beautiful women, we decided to order another bottle and call upon more women to sit on the bachelor’s lap and dance.

Once the clock hit 3:30 and Sinatra’s New York song came on, we knew it was time to gather the crew and head back to the place.

For the sake of pictures and evidence that you don’t just party in Medellin, the guys surprisingly woke up at 9am and as scheduled, went over to Guatape and spent the day out there.

No boat parties, no alcohol. Just lunch, reaching the summit of the rock and a few beers but this was how they got back on their feet after a very rough first two nights.

At 5pm they reached the apartment again and all requested a 2-hour hiatus from everything while they recharged. A few were in their third day of no sleep. Medellin does that to you.

Our concierge guy stopped by at 9pm to pick the group up for dinner and out of the 11 guys only 7 were up and ready to head out. I guess not everyone can handle a weekend of debauchery in Medellin.

Dinner was at San Carbon which is a really, really nice traditional Colombian restaurant. With live music and a crowd of beautiful locals having dinner with their family. This is the perfect restaurant to end a weekend of absolute fun.

Enough with dinner. There was a petition that said tonight we’d skip the bars and clubs altogether. I knew what was coming.

Back to the strip club.

They treated us like royalty and even gave us the best table. Best seats in the house. Or as I like to call it, splash zone.

I expected us to be there for a few hours, maybe 1-2am, tops. We were there until 4am.

Luckily, our transportation guy was there early and rushed them to avoid morning traffic but these guys didn’t budge. It seemed like they were going to miss their flights. Would this have been so terrible?

Another weekend, another experience, you can have yours too! With the help of your VIP Concierge, your bachelor party can set the standards for future bachelor parties to come!

How do you envision your ultimate Bachelor party in Medellin?