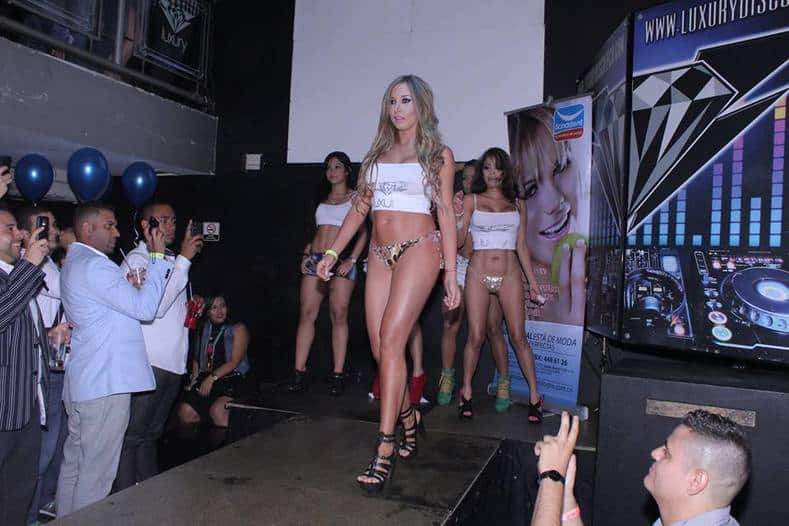 Yeah, you read correctly, the city with the hottest girls in Latin America (and possibly the world) has an exclusive annual thong contest. Held at Luxury Nightclub (a live club in one of the city’s best areas) “Miss Tanga” has been planned and orchestrated every May and is a can’t miss if you’re in the city.

If you’re a fan of the the Latina look and agree with millions of other men that say Colombian women are flawless, we suggest you read on and learn why Miss Tanga 2015 will be an event you can’t afford to miss.

As the city’s premier bachelor party agency, Medellin VIP noticed that there were no decent events that display the city’s best talent all on one stage. There are events held for models but let’s face it, who wants to see a bunch of skinny girls on a stage showing off designer apparel? We want to see the hottest girls in Medellin in skimpy underwear that leave very little to the imagination. For that reason, 3 years ago Medellin VIP with a little help from Luxury Nightclub started Miss Tanga to help a friend bid farewell to the single life.

It started out as a small event but after pictures being posted, word of mouth and more ladies wanting to participate, we received dozens of requests from grooms to be wanting to come and partake in Miss Tanga.

As the name implies it’s a thong contest where any woman can participate and compete for a predetermined sum of money. The rules are simple, our select VIP group has front row seats, will drink heavily and sit back and relax watching Medellin’s hottest girls get on stage and strip down.

One by one the girls will fill the stage, dance with each other to some reggaeton, oil each other up and strip while the crowd goes wild. It’s more complex than it sounds because the more you drink the harder it is to select the winner.

We started this back in 2012 and haven’t looked back since. Every year we get more and more contestants and requests which is why we’ve had to expand and every year turn things up a notch. Everyone wants to be in our VIP section which is why we needed to let in more girls and got to the point that Miss Tanga 2014 had dozens of girls participate making last year’s party the best to date.

The judges are our select group of bachelors and get to pick first, second and third place. There is no miss congeniality award, just hot, young (between the ages of 18-25) paisa girls looking to make a name for themselves and show off their good genes.

This year’s Miss Tanga will be the best yet and although the exact date is not confirmed, it will be in early May.

So far every year has been better than the last and this year’s installment is on the right track. With dozens of women scheduled to appear and a group of bachelors lining up ready to judge, all we’re missing is you.

STILL AREN’T CONVINCED? CHECK OUT OUR MISS TANGA VIDEO ON YOUTUBE AND SEE FOR YOURSELF WHY THIS IS ONE FORM OF JURY DUTY YOU CAN’T AFFORD TO MISS.