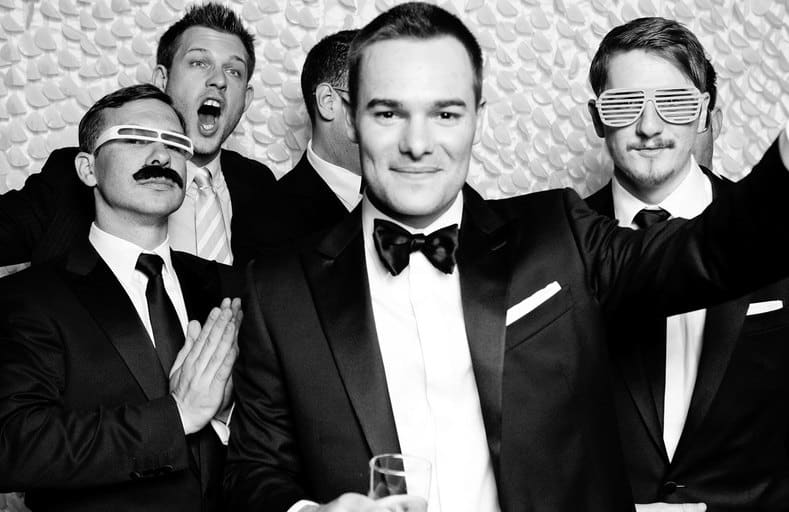 Since late last year 6 guys from the Bronx planned a weekend getaway to the city of eternal spring and hired Medellin VIP as the source of transportation, accommodation and entertainment for their trip. The following is a recollection of the events that occurred this past weekend.

On Thursday, January 29th we picked up 6 guys at the airport looking to have an epic weekend in a city known for its beautiful women, warm weather and overall degeneracy. One of the guys will be getting married in a few weeks and didn’t think twice in choosing Medellin as the city where he will pay his final goodbye to a much enjoyed single life.

We picked them up at 10:30 am and being that they were leaving on Sunday afternoon, sleep and jet-lag were two words they were unfamiliar with. Keeping that in mind we drove from the Jose Maria Cordova (located about 45 mins from Medellin) down to the city and instead of heading over to the apartment where they were staying, they decided to have a nice traditional Colombian breakfast and a few afternoon beers. Homemade chorizos, beefy empanadas and cold Club Colombias seem to be a good welcoming.

The group thought a full-time concierge service would not be necessary but little did they know that Medellin is not a bilingual city and for non-Spanish speaking visitors a guide/interpreter can go a long way. When seeing they couldn’t communicate with the tellers at the money exchanging offices they recanted and decided a full-time guide would be beneficial.

After a few hours of shopping at the city’s major malls they decided it was time to drop off luggage, shower and visit a massage parlor to relieve stress. We took them over to Loutron (one of the city’s most famous massage parlors located in a farm house that used to be owned by Pablo Escobar) and were all very impressed with the staff that greeted them. Upon entering you have about 10-15 young girls in skimpy lingerie that introduce themselves. You then choose the girl you like and follow them into the bedroom (don’t come for the massages).

A bottle of tequila and two hours later these guys realized it was lunch time and headed over to Mondongo’s (a traditional Colombian chain restaurant serving classic Colombian plates such as Bandeja Paisa, Sancocho and Mondongo).

After a late lunch the guys discussed supplies which included “party favors” and 5 girls to hang out with at the apartment for a welcoming party.

In order to endure the night that was ahead we left them alone for a few hours to rest and relax in their apartment.

So we called a few friends and delivered some supplies to them, hung out for a few hours and at 11:30 went to pick up our homegirl Marcela up that was with a few friends. To protect their identities, we will not show their picture but trust us when we say Medellin VIP doesn’t have ugly friends.

Given that this was a bachelor party it needed to be treated as such so we also brought over 2 strippers, a few bottles of grey goose and enough party favors to make Charlie Sheen proud.

The apartment we accommodated them in was huge with 6 bedrooms, 7 bathrooms, bar, large balcony and get this, a Jacuzzi right in the middle of the house!

The strippers weren’t included in the package but we pulled a few strings and brought a couple over. These girls were amazing, even I was left speechless. 22 years old, big natural breasts and the asses of Brazilian beach models.

After these girls teaching the guys how to dance reggaeton and a very disappointing salsa lesson the guys thought it was time to move the party over to the Jacuzzi. The Jacuzzi would fit only about 6 people but I don’t know how they managed to fit 10 in there counting 2 strippers.

A few lap dances in the Jacuzzi and 3 bottles later had these guys finally feeling the jet-lag. Some dropped like birds but the soon to be groom, best man and myself partied hard until about 5 am when the strippers had to skedaddle. Day 1 was rough on the liver.

Being that they only hired a nightlife guide we didn’t see them on Friday morning so I met up with them over at the apartment on Friday and let them know we had made a reservation over at Discoteca Luxury (read our top 3 nightclub guide) in Barrio Colombia for a party that was going to be crazy.

We first had a surprise for them and took them over to La Isla (one of the city’s premier strip clubs) and showed them what some of the best strippers in the city look like. It was like seeing 6 little kids in a candy store.

We arrived at about 10:00 and let them know that drinks are overpriced but given our status as premier entertainment and nightlife guides we will get them the best table in the house and the night’s top girls. Which of course, we did.

After drinking 2 bottles of vodka I reminded them we had a reservation at 12 in Discoteca Luxury that we were already late for and left La Isla. The girls were not very happy with me.

Luxury was as crazy as it always is with its reputation for playing some of the best hip hop and R&B the city has to offer. When you combine the warm weather with free admission for ladies, you get dozens of single girls clubbing looking for a good time. Remember to brush up on your Spanish though before you come because although you have the option to have a fulltime guide, not all girls like being approached by a random person and their guide.

These guys managed to pick up 2 girls at the club and we contacted a few escorts to accompany the remaining 4 guys back to the apartment. I won’t tell you exactly what went down at the apartment but if the Jacuzzi could talk, it would say it’s scarred for life.

Being that Saturday was their last whole day in Medellin before they headed back to the cold weather we thought we’d take them to one of the hottest spots in the city and took them over to the Charlee Hotel for lunch followed by a pool party held on the envy rooftop. We also managed to get them reservations at the always popular Carmen Restaurant.

We had lunch and then went for some coffee over at Juan Valdez followed by drinks up at the rooftop of the hotel.

Dinner as we mentioned was at Carmen and it was the best food these guys had in Medellin. A mix of contemporary cuisine with international influences Carmen is more of an experience than a meal.

After we had dinner I took them over to Icono Club which is without a doubt, the best club for house music in the city. Directly adjacent to Icono is Déjà vu which is a nightclub that specializes in Reggaeton (in both places you’ll see amazing girls both escorts and regular).

We got there at about 12 and although the club is small, the music is amazing with the city’s most renowned DJs playing every weekend and this was made better with the 6 girls I had meeting us at the club.

The club closes at 4am but it was their last night in Colombia and 3 of these guys asked me to drive them over to Fase 2 strip club for a last few hours of degeneracy before flying back home.

Two hours, $200 and 2 bottles of Aguardiente later we found ourselves getting the lights turned on (indicating the night was now over).

That morning they checked out of the apartment and we had one of our vans pick them up and drop them off at the airport.

Another successful bachelor party weekend and you can have yours too with Medellin VIP. Be sure to contact us for a free quote and create your package today!