Medellin Travel, When is the best time to Visit? 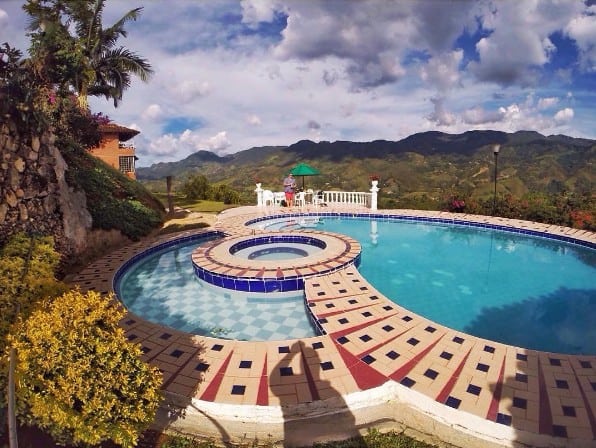 Medellin Travel, When is the best time to Visit?

Has Medellín been on your bucket list? Are you looking to come down but don’t know when? Don’t worry, Medellín VIP wants to help you plan your trip accordingly.

The following is a breakdown of each quarter of the year and how each month may be of interest for adventure seekers looking to enjoy the city of eternal spring.

Both January and February are rather slow because December in Colombia is amazing (we’ll get to this later) but it is also a great time to come. It all comes down to what type of traveler you are, do you like to party with locals, streets filled with people and participate in citywide events? Or are you and your group the type that like to do your own thing and the less people the better? January is slow in terms of tourists and Colombians are getting back on their feet after the heavy spending brought upon by December and February is the month when kids start school again.

March is a toss up because Colombia being the Catholic country it is, is rather strict when it comes to “Semana Santa” (Holy week) and it is during this week that on Friday and Saturday, it is considered bad luck to drink or party (next Semana Santa begins Sunday March 21st and ends Sunday March 27th). Many restaurants, bars and clubs are closed.

This first quarter is still cold (at least in the northeast where we’re from) so a trip to Medellín will help you get away from these subzero temperatures. Even if it is for a weekend!

Verdict: If you want to book the best apartments at lower rates, not worry about crowds and cross everything off your list, the first three months of the year will allow you to do all of this.

Second Quarter: April, May and June

If the past year has taught us anything here at Medellín VIP it’s that April and May will be two of our busiest months. Spring break is in April and if you’ve done all of the traditional spots, we recommend Medellín. Semana santa will be long gone by then and it is during this time that we try and recreate a Spring Break like vacation here in Medellín.

May is quite popular near the end for Memorial Day weekend trips so keep in mind that although the city is quite big, the best apartments are limited.

June is a popular month for Colombians because children get a few weeks off of school and parents take their kids over to their fincas (villas) outside the city. Small towns outside of Medellín such as Santa Fe de Antioquia and Guatape will play hosts to more tourists looking to get away so if your plan is to throw boat parties, sail across the lake or see other small towns, June might be the perfect time to come and visit.

Verdict: The second quarter of the year sees more tourists than the first quarter as well as more people out. Enjoy your spring break in Medellín or even Memorial Day Weekend. It will be a unique and amazing experience, we guarantee it.

Americans are always looking for new places to vacation during the summer and Medellín welcomes them with the city’s annual independence day celebrations on July 20th and world renowned weeklong flower festival in August.

July and August are possibly the busiest months of the year not just for us but for hotels, nightclubs and restaurants all over the city. La Feria de Flores (or flower festival) brings in hundreds if not, thousands of people from all over the world and if your idea of a vacation is parades, citywide events, packed nightclubs and people everywhere, we found your next vacation spot and time.

September is slow for travel just because it’s when summer comes to an end and most people are getting back to work and school instead of vacationing. If you do happen to have a free long weekend to travel, September is similar to February in the sense that it’s ideal for the travelers looking to do their own thing and not be worried about crowds or lower tier apartments.

Verdict: The third quarter is likely to be packed with tourists and people. Kids are getting out of school, adults are on vacation, Colombian Independence Day and Medellín Flower Festival are all factors that make July and August a great time to meet people. September slows down a bit in terms of events but it’s also a great time to cross all Medellín activities off your list.

September and October are a few of the slowest months of the year in terms of visitors but that surely will not stop you from having fun. November has seen a recent influx in the past few years of Americans coming down for a Thanksgiving weekend trip and although Thanksgiving is not celebrated in Medellín, we offer adventure trips that make you forget all about Pilgrims and Indians.

December is the pinnacle of Medellín travel because of the lengths the city goes to try and light up for the last month of the year. All across the city, the different parks are decorated with commemorative Xmas lights and decorations and this on its own attracts many people that are accustomed to a different type of Christmas ambiance. As early as December 7th, lights are turned on and come sunset, the city is an amazing display of lights and colors. There is always something going on but a word of advice, if you find yourself here on the 24th, 25th or 31st, expect to hang out with fellow tourists because Christmas and New Year’s in Colombia is very family oriented.

Verdict: There’s nothing official that goes on in October and November in terms of events but most people look for a place to go during Thanksgiving and we’ve had success with showing groups a good time during these months. December is big all-around but can also get crowded, the lights and decorations attract thousands and similar to the Medellín Flower Festival in August, December in Medellín will always have something for you to do.

Long story short, regardless of the type of traveler you are, Medellín has something for you. Whether it’s partying it up with both locals and fellow tourists or exploring the city during slow season and crossing everything off your list, Medellín always amazes.