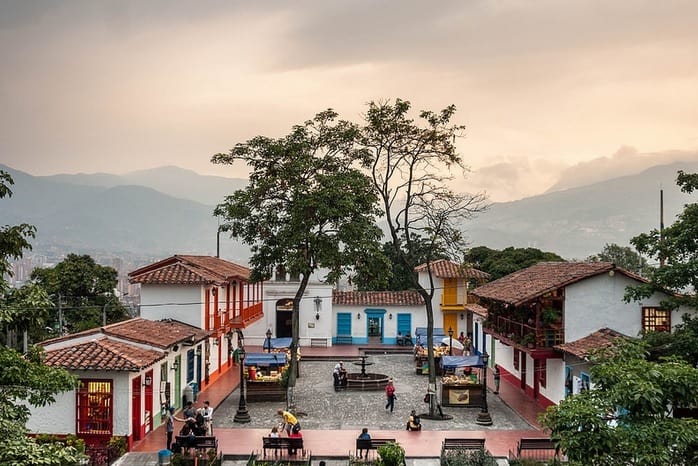 Colombian Holidays and what they mean to you

Attention temporary inhabitants of Medellin, Colombia, if you find yourselves wondering why it is Monday with desolate streets and less businesses open, don’t be afraid, there wasn’t a zombie apocalypse while you slept, it’s a holiday.

A holiday or “festivo” in Colombia occur quite frequently. In fact, Colombia is tied for second place (along with the Philippines) as countries with the most public holidays (17) only beaten by India (21). So what do all of these holidays mean? Medellin VIP offers a brief explanation of each and what to expect.

Pretty self-explanatory as it is a holiday in most countries. In Medellin, locals celebrate it by visiting relatives and cooking a stew-like platter called sancocho, the perfect dish for that new year hangover.

Colombia being a country that is heavily influenced by the Catholic faith, views Three Kings’ Day as a national holiday. For some children, this date means a day where they receive gifts from parents that are less fortunate than ours. Parents that can’t afford gifts on the 24th-25th of December, they use the metaphor of the three kings bearing gifts to bless their little ones.

Very little is spoken about St. Joseph and what he represents to the Catholic faith. In Colombia, St Joseph embodies faith, love and family and it is for that reason that March 23rd is used as “Man’s Day” to pay homage to the common man.

One of the few Holidays in the year that non-religious folk does NOT look forward to, good Thursday is a day (along with good Friday) where most people go to church and it is actually frowned upon if you work.

In another rare occurrence, many restaurants, clubs and even stores don’t open and actually view it as bad luck if you work. Legend has it that people shouldn’t even have sex because “you’ll become stuck” (literally) to that person. Scary…

This is one of those fun random holidays that can land on any day of the week meaning the night prior will be like a Saturday night. Good news for travelers looking for a party.

Having lived in both Colombia and the US, holidays are completely different on this side of the pond. In the US when there’s a holiday, both the oldest and youngest of citizens know what holiday it is and why it is celebrated. Colombia is different (or at least here in Medellin), you can ask about 100 people what are the holidays that are celebrated and I guarantee more than 75% of the population will have no idea. May 18th is one of those holidays no one knows why it is but everyone is glad to have off. Day of Ascent is supposed to be the day when Jesus ascends to the heavens to see his old man.

No, this is not a date to celebrate the existence of this Southern Texas City or its inhabitants. Corpus Christi is actually a day where all Catholics must declare their faith to the all-powerful Jesus Christ. Ask me how many people actually do… Did I mention June has 3 holidays?

In the second of the three holidays celebrated in June, Jesus continues to be the central theme. However, most Colombians see this date as the second consecutive Monday off work and not a celebration of Jesus’ ascent to the heavens.

June 29th is the third and final holiday of this hectic, party-filled month and it commemorates two well-known martyrs in the catholic faith. Peter preached about Jesus Christ for a long time after his death and was killed by the Romans in 64 A.D (crucified upside down). Paul is said to have been martyred 3 years later again killed by the Romans under emperor Nero’s reign. Very few Colombians actually celebrate this date by going to church.

Colombia declared independence from the Spanish on July 20, 1810, which actually makes this country almost 205 years old. Don’t be surprised if you see flags hanging from every window.

August 7th, 1819 was the final battle for Colombian independence. The battle of Boyaca is one of the few holidays in the year that Colombians can actually remember what date it falls under.

August 17th – The Virgin’s Ascent / Day of the Engineer

Another peculiar holiday that very few can explain, August 17th commemorates engineers and their influence in the modern world.

Maybe it’s not Columbus day per se being that it’s called “Dia de la Raza” (Race day) but the idea behind it is the same. October 12th celebrates the day Chris Columbus (the real one, not the director of Home Alone) stumbled upon America and his people killed and raped the natives. Hardly a reason to celebrate but hey, when in Rome…

Every historical person important enough to have canonized is honored on this day.

Colombia’s Miami gets it’s honored with its own national holiday celebrating its independence. For the record, Cartagena became independent in 1811.

December 7th is called “Dia de las Velitas” or candle day and it is a day when children and their parents come out of their houses and light different colored candles. It is one of the few holidays really worth paying attention to because walking by all neighborhoods in the city, you’ll see children and adults together lighting up the streets with their decorative candles.

The most distinguishable difference between the 25th in Colombia and the US is, in Colombia the 24th is the day when children open their presents from “baby Jesus” (Colombians don’t believe in Santa Claus, instead they believe Jesus’ kid version delivers presents to kids all over the world). While in the US we all know this activity is reserved for the morning of December 25th. So what do Colombians do on the 25th? Simple, they visit family or make the aforementioned stew or sancocho to cure their elements from the prior night.

What do Colombians do on Holidays?

Holidays have become such a normal thing down here that the wealthier Colombians use these long weekends to head over to their vacation homes outside of the city. These homes are usually equipped with pools, saunas, soccer fields, etc. Other locals just use this time to go out and party (this seems to be the most popular way to go).

June is the month with the most Holidays (3) but on any given night prior to a holiday (usually Sundays), you will find that clubs are open and the usually booming Parque Lleras area is even more filled with people looking to take advantage of a three-day weekend.

Don’t expect to see very much movement on either good Thursday or good Friday though as many businesses are closed but other than that if you get to be here for a 3-day weekend and a normal weekend, you’ll notice the difference considerably.

We may not be the country with the most national holidays but there are very few countries in the world that account for such high liquor sales on the nights prior to a holiday.