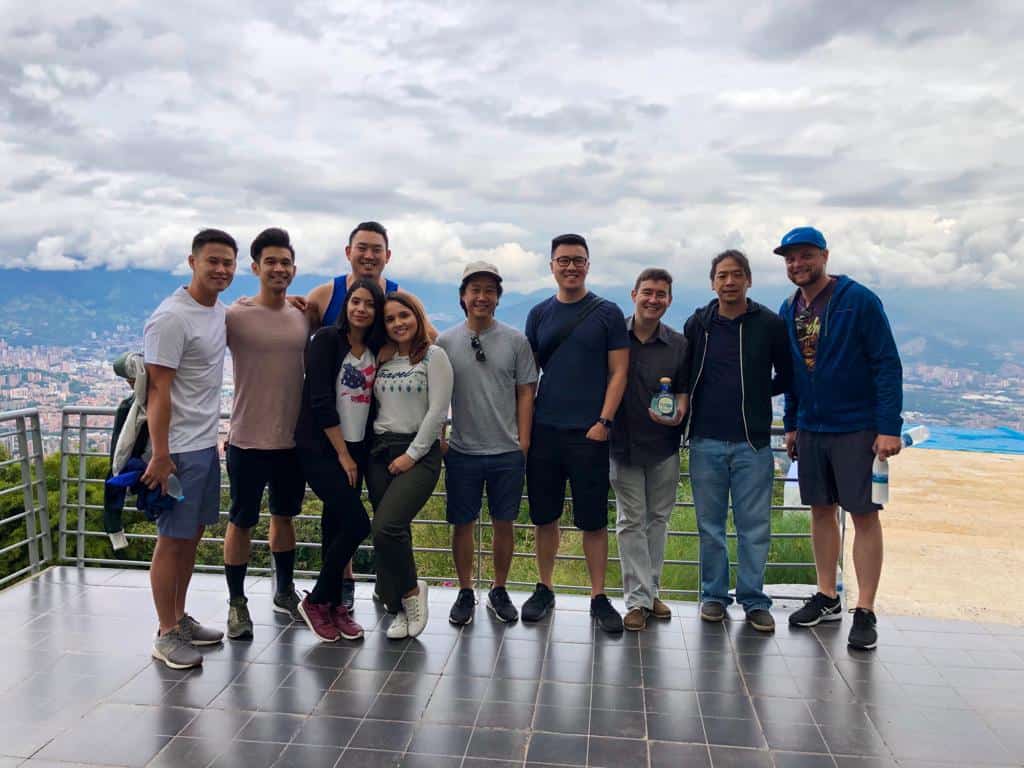 Before I begin I’ll have you guys know this is actually an article highlighting how is a Bachelor Party Weekend with Medellin VIP that went down a few weekends ago.

The weekend actually started on Thursday this time and we got to hang out with 7 cool dudes from LA, California who were first timers here in the city of Eternal Spring. These guys booked the whole package with Medellin VIP, meaning accommodation as well as a 24/7 concierge service provided by me (Jovan).

We booked their accommodations in the Crystal Palace, which is similar to an oasis amongst the corporate and industrialized housing options, that can be found anywhere in a metropolitan zone where short-term rentals exist. After showing them the house, we did a little briefing, informing these guys of what would take place the next few days.

Being that the 8 gentlemen would only be around for 4 days we scheduled different daytime and nighttime activities for the weekend. They decided to start dinner with our female host Michelle and have some drinks in one of the best bars in the city.

I arrived at their apartment in the morning on Friday, while they were having breakfast with our VIP CHEF service they decided to go to our COMUNA 13 tour. Where they lived the amazing experience of learning how Medellin has changed its reality through art and culture such as Graffitis and dancing.

After the tour, we decided to head back to the house for a quick nap to recharge before our pregame. We hosted a pool party with a BBQ as dinner. With good food, a bartender and music on blast, these guys saw the best of Medellin in just a few hours.

The next morning was going to be a hectic one considering that I had a van pick them up at the house at around noon to head over to Guatape(a small town about 2 hours from the city that is famous for its monolithic formation known as “El Peñon de Guatape”). They were really excited because Guatape is a must-do excursion to visit in Medellin, but this alone wasn’t enough. Of course, no bachelor party-trip is ever complete without libations for the road.

These guys contacted Medellin VIP almost 3 months in advance, which meant they had a plethora of pontoons and wakeboarding boats to choose from in Guatape. They had a pimped out 12 person pontoon with an amazing sound system that immediately garnered the attention of some of the females on the lake. This, coupled with Guatape’s epic views made the all-day experience one to remember.

But, I digress. The main attraction of the town of Guatape has is the aforementioned monolith. This monolith has 742 stairs to climb in order to reach a summit with views that are second to none. Once the guys saw the stairs, they knew not how they were going to make it to the top after 48 hours of sleep deprivation and hard-partying. It took them a mere 20 minutes (20 minutes less than what I had estimated), but this goes to show you the will of a group of booze-addled Americans knows no limits.

Goodbyes were said, and hugs were given but now it was time to head over to the promised land of one of Medellin’s premier nightclubs. We ended the night at the VIP booth of Medellin’s top strip clubs and let me tell you, these guys were in no rush to make their 6 am a flight back to the cold.