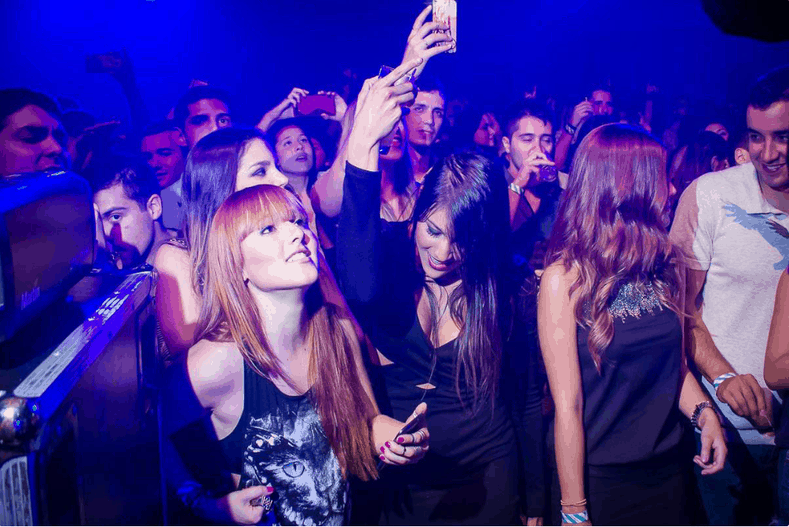 10 Things you Must know about Medellin Nightlife

Medellin has been my home for the last 7 years and anyone that comes here will quickly find out it’s really a spectacular place. The people are friendly, the weather is perfect and the women are surreal.

But what’s up with the nightlife? How does it rank when juxtaposed to Cancun, Vegas, Jaco and Santo Domingo nightlife? Let’s find out.

If you’re visiting Colombia for pleasure, you’ve probably heard that paisa (the name given to residents of Medellin) women are the most beautiful in the world and their charm is unmatched. Not only is this true but we urge all travelers to walk the very streets of El Poblado on any given weekend and you won’t be disappointed.

Jaco, Vegas and Cancun are party cities with girls on vacation, Medellin is a real city with real girls and if these are thea girls we see year round, this is a place i’m sure you wouldn’t mind visiting over and over.

People Go out in Cliques

Picking up girls at clubs in the US might be easier because let’s face it, young girls in the states are crazier and enjoy watching young men on the prowl. In Medellin, however, the nightlife is a little different. Girls seldom go out with girlfriends expecting to get picked up and ready to go home with you and instead, tend to go out in bigger groups with a few guys within the group. The origins of this standard is unknown but it might be due to the way the city was years ago, people would stick to their own group because they felt safer this way. Speculation of course but why do you think this is?

If girls tend to go out in cliques, your best shot would be to do what that guy Hitch does and succinctly remove them from the herd (without being creepy, that is) but how can you do that when you’re part of a group of 15 testosterone-filled guys?

We recommend grabbing one or two of your friends, splitting away from your crew for a bit, and hang out at the bar or anyplace you can get a bird’s eye view of the club. Once you spot someone you like, approach them and the rest depends on how much attention you paid in Español 1, sophomore year. Which leads to our next Medellin nightlife item..

Spanish is a Must

This is pretty self-explanatory but i’ll reiterate, if you don’t speak any Spanish, at all, chances are you will fail before you even make an attempt to talk to someone. English isn’t too common here and much less the further you leave the Poblado part of town. At a nightclub you might find a girl that will understand basic English and if she acknowledges you, hold on to this one because this is what we consider scoring. The few girls that do speak English fluently are the ones you’ll find at more upscale clubs and these are more stuck-up and not as amused by your foreign appeal than the other girls potentially are.

In addition to the girls, basic communication skills will help you when it comes to ordering drinks, food and pretty much understanding what’s going on. Music and nightlife might be universal but communication is a must.

As we previously mentioned, girls tend to travel in cliques which means that picking up girls shouldn’t be your objective when it comes to Medellin nightlife. Girls aren’t as approachable when it comes to their nightlife facet but if you definitely want to help your odds of not looking like a creep, consider inviting a few girls just to party with you. This way, outside girls won’t feel intimidated to hang out with a group of just guys.

Another reason is, Medellin, has hundreds of foreigners visit the clubs every night looking to score and the city has caught on to this. This means (normal) girls are worried about what their peers would say if they’re seen partying with foreigners. People might get the wrong impression..

Bottle service and tables aren’t what they are in Vegas where buying a table exempts your group of cover charge and bottle service creates prestige. Bottle service is expected and everyone gets a table here. Now, tables and bottles are nowhere near Vegas prices (a bottle of Grey Goose at a high end Medellin club is about $150 USD) and while there are some VIP tables, don’t expect to pay hundreds of dollars for the table alone. Music is Completely Different

We’re in Latin America where we listen to an eclectic mix of Bachata, Salsa, Merengue, cumbia and of course, Reggaeton. Though there are a few hip hop clubs in Medellin, don’t expect top 40 hits or relatively modern tracks by Drake. Instead, the hip hop songs occasionally played at many clubs are 90s rap tracks (see Gangstas Paradise, The Next Episode).

If you buy bottles and have a big group of people, you might be able to convince the DJ to play the occasional Drake track but don’t expect this to happen too often.

Visit Parque Lleras at least once

Every city has an area that is known to be the hotspot where everyone parties, eats and relaxes with friends and Parque Lleras is Medellin’s nightlife hotspot. The park and surrounding areas holds most of the city’s best restaurants and nightclubs were built in the area to have it be a place where everything is within walking distance.

At night these streets are packed with locals and foreigners alike, from young paisas looking to visit their first nightclub to older American tourists walking the streets with a local brew in their hand. The women are spectacular, the weather is almost always perfect and the sound of different music from the barrage of nightclubs, anywhere you look makes you come to realize this is where you want to be.

When all else fails, strip clubs are your friend

Medellin nightlife probably won’t make your top 5 but that’s not to say you won’t have a great time. Interacting with normal people with a culture completely different from yours is what makes Medellin an interesting place. If you wanted a place where everyone speaks your language, plays your music and where you can eat American fast food all day, why not consider Cancun?

Anywho, if you decide the nightclub scene is esoteric, to say the least and want to cut out the middle man, we recommend you check out the Medellin strip clubs. Not only are these strip clubs fun, but they’re different and you’ll find out why..

Medellin VIP is your Nightlife Guru

Medellin nightlife isn’t going to win any awards but you will have an amazing time once you know your way around. What better way to do this than to have someone that knows the right people, best places and works tirelessly to ensure every night is an epic night? We’re the city’s #1 entertainment and hospitality group and have the reviews to support this claim (Google reviews).

We not only orchestrate bachelor parties, we’re the nightlife gurus you needed to show your friends a good time in a foreign country. If it was your idea to visit Medellin and want to spend every minute of the day occupied so no second gets wasted, hit us up today, our custom packages will be tailored specifically to fit the needs and budget of your group with special emphasis on Medellin nightlife.