Comuna 13: The Graffiti Tour you Can’t Afford to Miss 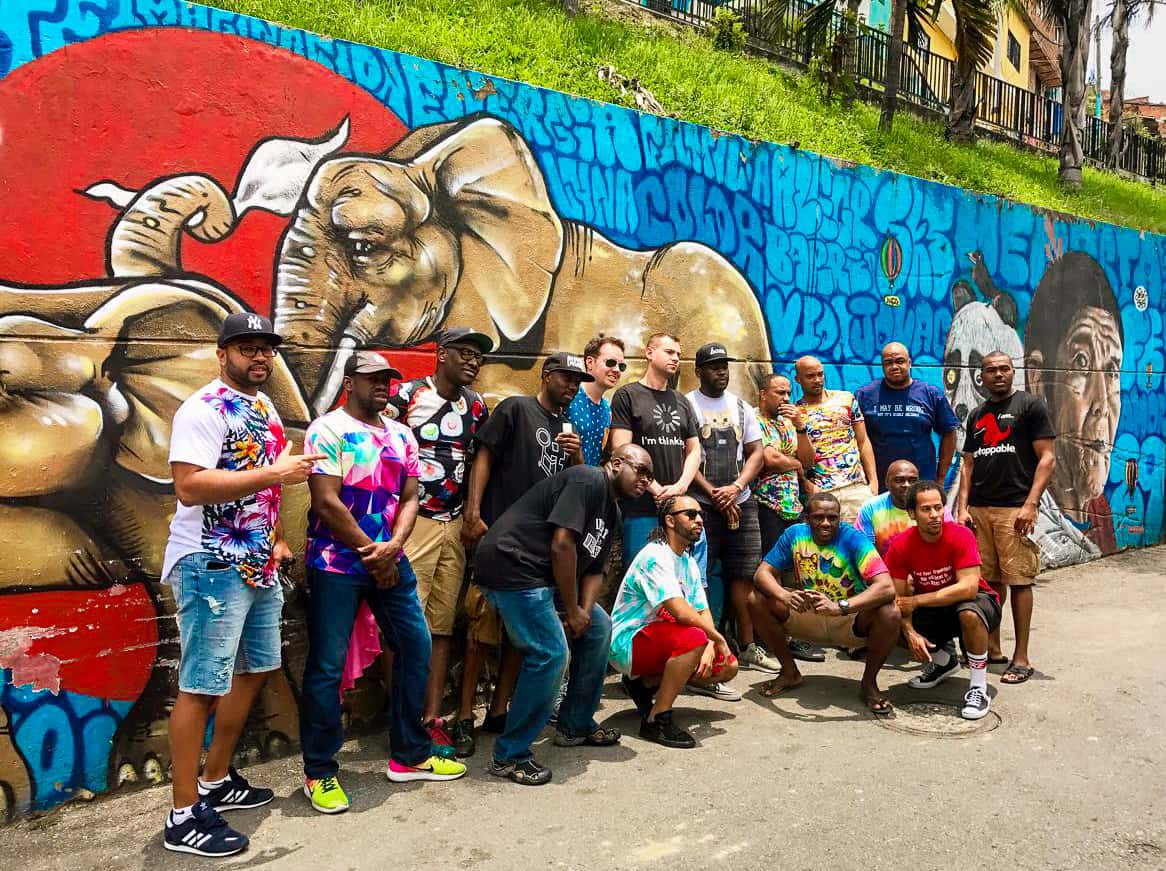 Comuna 13: The Graffiti Tour you Can’t Afford to Miss

Walking through the Comuna 13 neighborhood of Medellin, you can’t help but feel confused. How does such a beautiful place have so much bad history? A place where every citizen greets a stranger with a smile and where every child is ready to grab you by the hand and show you their home.

Comuna 13 is one of the 16 communes in Medellin and a place where just 18 years ago, a tourist would be crazy to visit. Once home to FARC and paramilitary groups, Comuna 13 was one of the most dangerous neighborhoods in Colombia.

Today, after a military intervention in 2002, Comuna 13 has drastically changed but the scars remain deep.

The History of Comuna 13

Comuna 13 was a neighborhood that began as a shantytown and home to hundreds of displaced families. Families that were victims of FARC and other paramilitary groups moved here in the 1970s and 1980s to escape the violence. Much to their dismay, the violence didn’t stop. These same groups that victimized them in small towns, began to also squat in Comuna 13.

For years, Comuna 13 was ignored and the government looked the other way. Until Operation Orion.

On October 16th, 2002, Colombia’s then president, Alvaro Uribe Velez ordered a military operation with the help of the National Police and Colombian Air Force. This operation saw the fall of paramilitary groups in Comuna 13 and claimed the neighborhood back. It was the first time in Colombian history that black hawks were used in the presence of civilians and the operation has been questioned due the number of civilian casualties (75 and more than 100 disappearances).

As the neighborhood tried to cope with their losses and aimed to stop the spread of small time gangs trying to recruit their youth, the city of Medellin acted quickly. Social projects all across the city aimed to give back to the community by building libraries and parks in the most impoverished areas.

However, this wasn’t enough.

The residents of Comuna 13 had been through enough. It was time to help them get back on their feet and improve their daily lives.

In 2011, after years of trial and error and many detractors saying it couldn’t be done, Medellin inaugurated the giant electric escalators in Comuna 13. That’s right, this neighborhood perched on a hill, home to 12,000 people and with streets too narrow for public transportation, were given the gift of time.

For years, its residents had to hike the equivalent of 28 stories just to get to work taking them up to 40 minutes. Today, thanks to the 2011 project, the commune boasts a state-of-the-art system that cuts that travel time down to a mere 6-minutes.

Comuna 13 is not just the neighborhood with the electric escalators, Comuna 13 is a place of progress, a place of art and a place where youth come together to paint and dance to express their history.

In fact, one of our most popular daytime excursions is a tour of Comuna 13. Learn about its history and why it was an important factor in Medellín’s ‘Most Innovative City’ in 2013 accolade. See the neighborhood, meet people that lived through it all and decipher what some of these graffitis mean to locals.

The wait was long but the years of violence have come to an end in Comuna 13 and its residents can now say they live in peace.